Harley Manifold was born in Camperdown, Victoria in 1982. In 2003 he completed a Bachelor of Fine Arts at Deakin University in Warrnambool. He then went onto complete his Honours in Fine Arts at the Victorian College of the Arts as the only non alumni in his year. He has been included in numerous Art prizes and group exhibitions. On three occasions he has been a finalist in the Doug Moran National Portrait Prize (2015, 2017 & 2021) as well as the Salon Des Refuses of the Archibald and Wynne Prize (2016, 2019 & 2021). And most recently The Darling Portrait Prize.

Initially inspired after returning from Hong Kong to Torquay and feeling isolated and alone after being amid such a frenzy of life in Asia and leaving a partner, the last 12 months of paintings document a move to the country – and finding a calmer pace of living. Unintentionally the figures have left the paintings in the recent nocturnal paintings of Warrnambool – Manifold’s new home. There is a quiet calm that emanates from the dimly lit landscapes. The Protagonist is no longer the centre of attention.

The titles of the current paintings come from conversations overheard by Manifold while walking in public being inspired. The images themselves could be seen from an everyday walk to and from work, a glimpse down a lane way, a glance over a shoulder. They are the everyday moments that most often don’t take our notice. The everyday becomes immortalized in paint, small intimate shrines to the place and its inhabitants. It’s quite likely that people might recognise themselves in these paintings or the overheard conversations as they are the people that Manifold encountered while exploring.

2018 Formed On The Plains, Melbourne

2017 The Other Art Fair, Melbourne

2017 ‘Whisper’ The Lost Ones gallery, Ballarat

2016 ‘The Town Mouse and the Country Mouse’ Maryborough Regional Gallery

Back to Back Theatre, Geelong 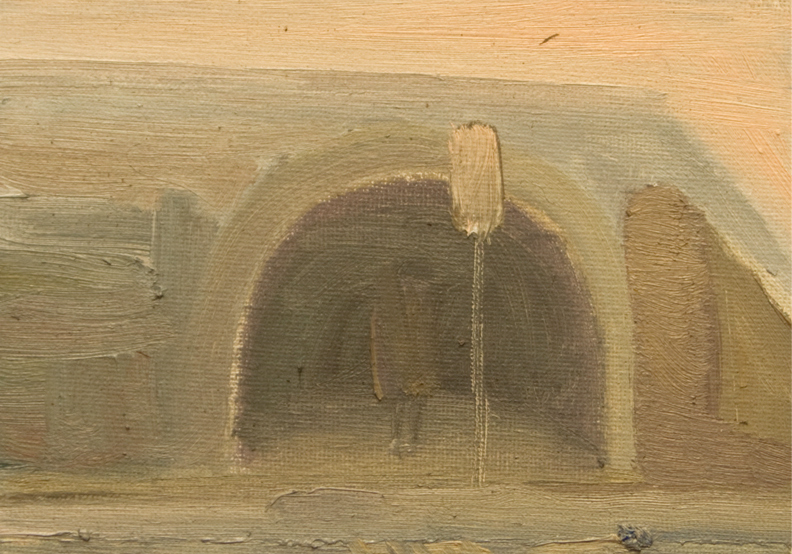